Posted at 16:49h in Contests, Events and Concerts by linoralow 0 Comments
0 Likes
Share

The biggest event is coming to town yet again!!!

Last year i was at the Hennessy Artistry and it was awesome party. Here i was with Josiah Mizukami who was hosting the event.

and one more shot.. this time with my old college mate, the gorgeous former Miss Malaysia Andrea Fonseka together with Ashley Gayle

Ok now let’s move on to this years party!!

The final Hennessy Artistry of 2011 will be the big HALO at the Mines International Exhibition and Convention Centre (MIECC) on 12 November 2011. Revellers can also expect the MIECC to be completely transformed into one enormous superclub with a classy world class set-up where revellers can expect to be blown away in what will undoubtedly be one of the largest and most sophisticated clubbing events the country has ever seen.

The set-up features countless plasma screens displaying head-turning visuals and futuristic bars that will be serving delectable concoctions of, Hennessy V.S.O.P signature long drinks such as: Hennessy Apple, Hennessy Berry, Hennessy Ginger, and a new addition, Hennessy Soda, this H-Artistry party on November 12 will be one nobody would want to miss.

With Australian mega electronic duo, Yolanda Be Cool, American singer, songwriter and producer, Chris Willis, and local superstar DJs, Goldfish and Blink already penned in for what could arguably be the biggest party of 2011, the upcoming H-Artistry “The Global Art of Mixing” will also be featuring Taiwanese songstress, Landy Wen and Korean superstar, Park Jung Min (of Korean boy band SS501 fame) this is going to be another spectacular blend of different musical genres from the East and West.

About Chris Willis:
Chris Willis is a singer/songwriter with a knack turning killer tracks into charttopping pop songs and a divo who can go mic-to-mic with the best of the pop divas any day of the week. is the man behind the powerhouse voice currently rocking American Top 40 radio with the hot new dance song, “Love Is Gone.” Lifted from “Pop Life,” the third album by French superstar producer and DJ, David Guetta, the single won a World Music Award in 2007 and in 2008 won the Winter Music Conference Club Award for “Best Club Anthem Of The Year” and the International Dance Music Award for “Best House/Garage Track.” “Love Is Gone” is one of five (5!) singles from “Pop Life” featuring the vocals (and often lyrics) of singer-songwriter, Chris Willis: Others are “Every Time We Touch,” “Tomorrow Can Wait,” “Never Take Away My Freedom,” and “Love Don’t Let Me Go (Walking Away).”

About Landy Wen:
Taiwanese female RnB vocalist, Landy Wen is a member of the Atayal ethnic group and one of the few Taiwanese aborigines to become a musical star. Apart from singing, Landy has also acted in the Chinese drama, precious. Her foray into the silver screen will also see her play a role in the highly acclaimed Taiwanese action saga, Warriors of the Rainbow due to be released later this year. Its famed interactive platform, the Hennessy Mixing Zone will also be taken up a notch and will feature among others, four fun, engaging and experiential zones: 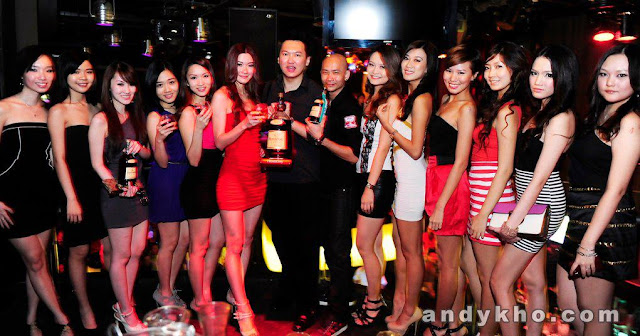 Will you?Party-goers who register themselves on the H-Artistry Facebook Page (www.h-artistry.com.my/facebook) for the upcoming party will also be receiving a new Hennessy ID Tag (a wristband equipped with radio frequency identification – RFID – technology) which will allow them to log on to their respective Facebook accounts and automatically post their activities as status updates whenever they scan their wristbands onto a Hennessy ID reader located at each Hennessy Mixing Zone booth. For example, registered guests will be able to instantaneously tag photos of them on their Facebook profile simply by scanning their wristbands on a reader whenever they have had their pictures taken at the Hennessy Interactive Photowall.

Passes to the biggest H-Artistry ‘The Global Art of Mixing’ party of 2011 are by-invitation only. To stand a chance to be invited to these upcoming exclusive event, visit H-Artistry’s Facebook Page (www.h-artistry.com.my/facebook) to register. Registrations will be open till November 4.

To receive updates about the upcoming parties follow H-Artistry on Twitter (www.h-artistry.com.my/twitter). The upcoming H-Artistry party in MIECC, Mines Resort City is strictly open to non-Muslim guests aged 21 years and above only.  ID verifications will be carried out at the door. 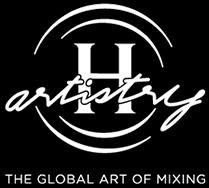 I am giving you the chance to win passes to the upcoming Hennessy Artistry thanks to Hennessy Malaysia and Malaysia’s Hottest Bloggers.

6 x Passes to Hennessy Artistry on 12 November 2011.
(Yes that means you +5 friends get to attend the biggest Hennessy party of the year!)

Just leave your answers in the comment section here together with your email address before 8 November 2011.

The winner will be notified via email. Passes must be collected by 11 November 2011 or shall be forfeited. This giveaway is open to non-Muslim Malaysian citizens aged 21 years and above. Terms and conditions apply and judges decision is final. No correspondence will be entertained.