All you need is your own imagination

The lyrics to the song Vogue created by the infamous Godmother of Pop.

There’s a story to that song.

I remember there was a time, when i learnt how to sing my first song from her which was “La Isla Bonita” oohhhh man. Thats a childhood memory that i can reminisce with a smile and with a cringe lol. It was for a singing competition and my parents dolled me up like a child version of Madonna that was at least 10 pounds heavier. I had it all planned: dance routine and singing – check! On the day of the  competition.. i choked, missed the intro of the song.. aiyaaaaaaaa.. there’s a cringing part. Lol but hey i got better from that experience.

Anyway, that was a trip down memory lane. Back on to the actually Madonna.

The 28th of march 2012 is Madonna Day! Paying tribute to the lady who made us fall in love with the grooves of music. She had been silent for years but finally she came back into the music world with one superbly dancey album. Simply called MDNA.

Her album just dropped on the 27th of March and my station REDFM is the first station in Malaysia to be giving her album to some lucky people out there, thanks to Universal. Getting into the mood of this date, i got all dressed up like her too hehehe. My favourite memory of Madonna was her in the 80s! 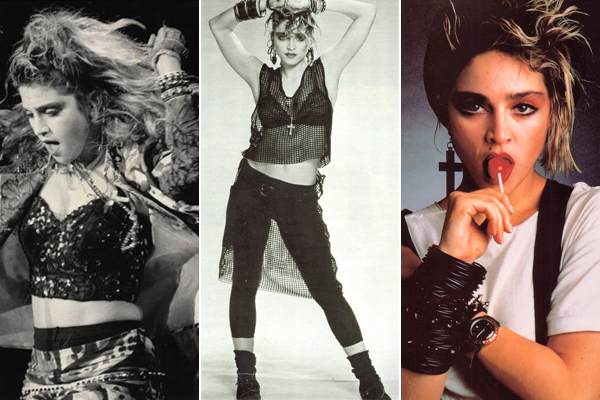 I got some of the dress up ideas from my featured blogger Michelle Ooi. Who’s a big Fashionista. Check out her post on how to dress up like Madonna here!

i’m still in a bit of a Madonna mood so here’s another style going all Madonna. This coming saturday the Pavillion KL will be exhibiting the Madonna Museum to celebrate the launch of Madonna’s new album! Am gonna try and check this out, hope to see you there and my Red Jock buddy Fiqrie will be hosting the event too! Click for Details

Wanna know whats on her tracklist?