This is day 3 of the Flyaway to Yeosu Expo contest and on Monday introduced you to the beautiful sights of Odongdo Island, Tuesday it was too Hyangiram Hermitage. I’m really hoping there will be time to visit that place when we arrive there. Today however i wanna share another historical and gorgeous place to visit. Seungbo refers to those disciples who learn many things of Buddha and practices them. The reason Songgwangsa temple became a Seungbo temple is because many high monks were produced from this temple. The path to temple is covered by huge tall trees, and lush bamboo tree. BEAUTIFUL.. with a capital B! Just taking a look at these pictures i’m already in love and i can feel a sense of peace just settling within me. Along the way i’ve been told you will hear the soft sounds of the beautiful streams.. oh my gosh.. that’s just breathtaking! Ok i must share another picture with you.. Don’t you just feel like you’re in another world? According to Brian Keathley, the photographer of this pic it is one of the resting and swimming spots of the monks. 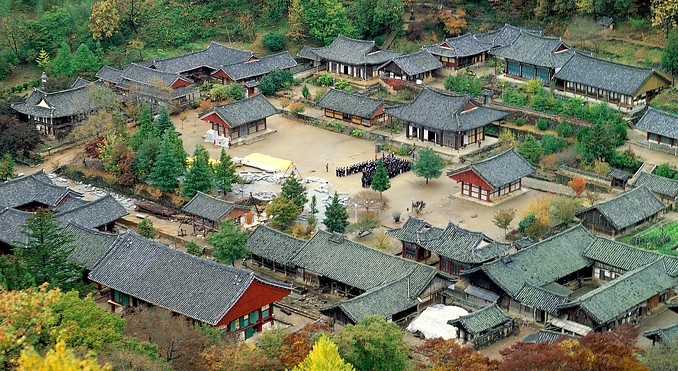 After years of war and forest fires, 52 buildings now remain but it’s been reconstructed so that th erest of the world can bask in its wonder. Songgwangsa is known particularly for the largest collection of cultural heritage resources.

The sounds of chanting and the temple bell heard in this ancient spiritual retreat which has been the site of the quest for truth for countless monks are profoundly serene like the voices of sages of bygone times. In the video below.. you won’t exactly hear the chanting but you will feel the zen-ness of the temple.

The Yeosu Expo will provide an opportunity to enhance the international community’s perception of the function and value of the ocean and coast, share knowledge on the proper use of the ocean and coast and recognize the need for cooperation in the marine sector. It will also serve as a venue to learn about the achievements of and future models for the marine sector and offer a valuable chance to promote state-of-the-art marine science and technology and marine industries.